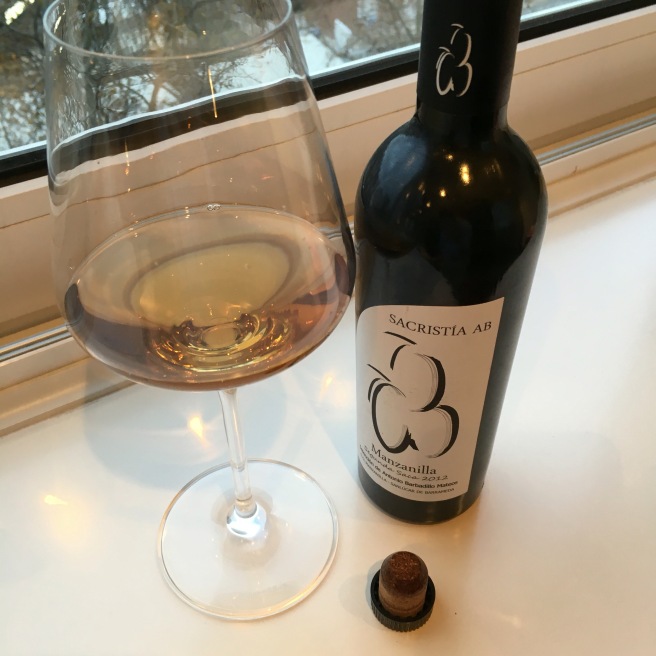 Wherever it comes from (and I am assuming Sanchez Ayala) this is a real beauty. The colour is a dark, dark gold, on the nose it is very aromatic and yeasty (lot of hay bales for a manzanilla), then on the palate baked apple-like fruit, zingy salinity, and a long, long tail of those fading apple, yeast and mineral flavours.

A really tasty, almost explosive, wine. I have found some of the others shy, refined or restrained but this is none of those things. Wonderful stuff.