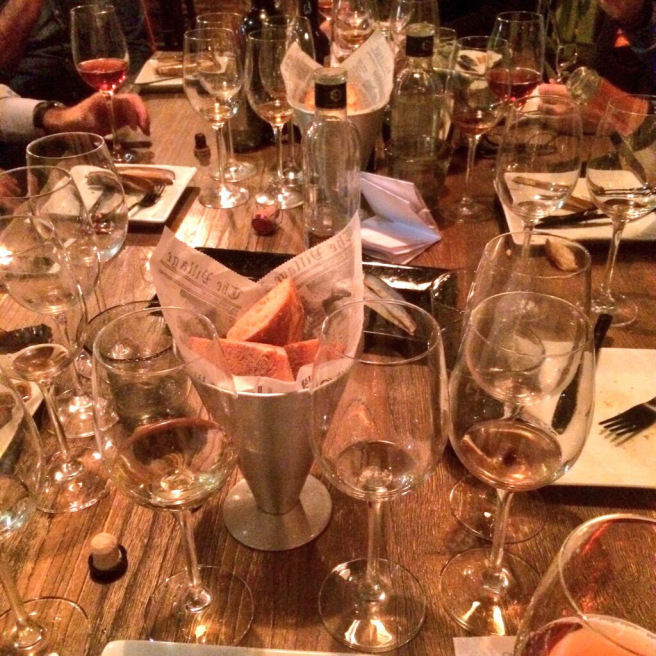 I envy our american cousins and their thanksgiving holiday, and not just because I would like the Thursday off and enjoy roast turkey. I like the idea of taking a moment to acknowledge how much we have to be thankful for, and thought I would share my own thanks for those who have helped me and this blog over the last year and a half.

So here we go, in an approximate chronological order:

Most of all I am grateful to all the winemakers who have taken time to chat and share their knowledge, and of course for making the wines that give the whole thing meaning. In particular I would pick out Ramiro Ibañez, one of the most passionate and knowledgeable winemakers I have ever met, who has been a true inspiration and a fount of wisdom, but also thanks and kudos to Luis “Willy” Perez and his Barajuela Project, Primitivo Collantes and Finca Matalian, Paola Medina for her Colección Añadas and the many others that are creating exciting wines for me to taste and blog about.

Now begins the worry about who I have left out. If I have forgotten you don’t be dismayed – it is the way of this particular beast, and I guarantee as soon as I see you again I will remember and attempt to hastily amend this page with my mobile!