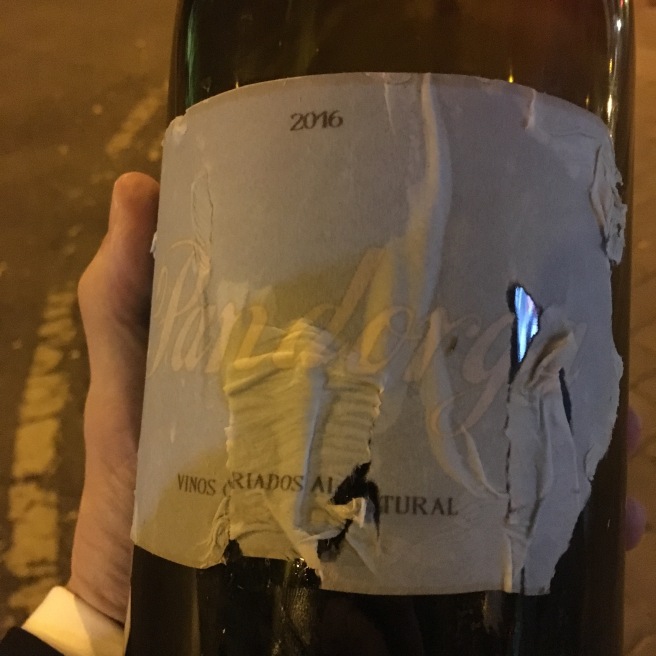 One of the highlights of a top class recent shindig organized by the guys at Vinoteca Tierra was the chance to catch up with Ramiro Ibañez and try his new wines: the UBE Maina 2016 and this, the Pandorga of the same vintage.

Like almost everything Ramiro touches this is the latest in a series of ground breaking wines. A single vineyard, vintage specific, pedro ximenez – interesting stuff to there. But more importantly a wine that, rather than attempting to smooth out the differences between vintages, seeks to accentuate them. After a cooler 2014 season, very little asoleo and (naturally) lower temperatures of fermentation, the hotter 2015 growing season accentuated by more asoleo and a (naturally) warmer fermentation. The results were fascinating: the 2014 was apricot jam and the 2015 fresh, ripe apricot juice.

This 2016 is somewhere in between. Unbelievably, I failed to take any note of the alcohol or sugar content, and the subsequent dinner wiped the details from the “soft memory”. Nevertheless, I couldn’t forget the wine itself, and it has all the same characteristics but maybe greater overall balance, superb acidity, lightness and sweetness in a tight profile.

Not sure when it will be released but it is one to save up for.