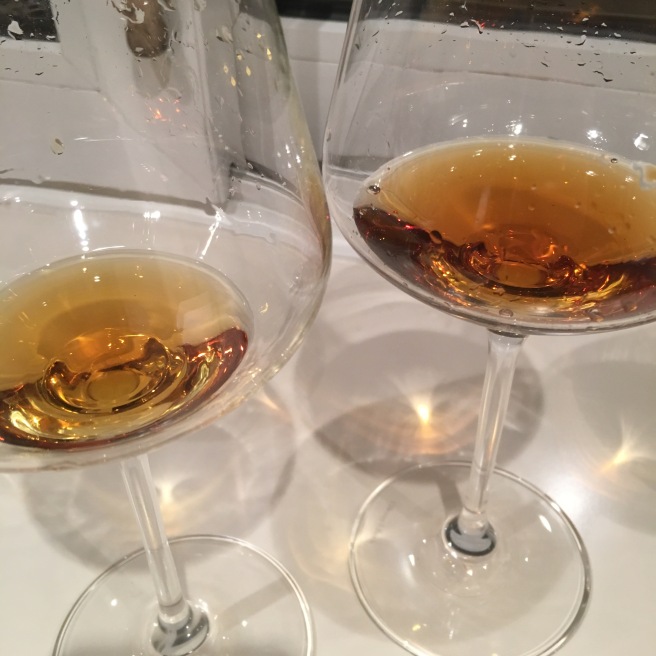 After a week of relative sobriety the wheel nuts are unwinding pretty fast. The magnificent old Sanlucar palo cortado (pictured on the left) that I just had a generous glass of put me in mind of this old, old Sanlucar amontillado that I first tried in Surtopia this year and I couldn’t resist. As I mentioned back then it is a single pago  wine – fruit sourced from Pago Balbaina (Viña las Cañas) it would have spent some several years under flor and is a total of around 50 to 60 years old.

In age and concentration we are comparing very similar animals and as you can see there isn’t much in it in colour terms (although the Gaspar Florido wine possibly has a touch more brilliance). On the nose the Don Paco has that salty sea air and really does have the “full ozone”, with maybe just a hint of spices to it. (The comparison may exaggerate the difference, but it doesn’t have as much “extra” as the palo cortado.)

On the palate it is salty and direct – salinity that goes beyond zingy to stingy – and then there are roasted, almost burn nut flavours and just a touch of sweet, winelike flavour from somewhere. It is long and dry, and the flavours that stay with you are the ozone, the iodine and maybe sweet cedar wood or cigar tobacco.