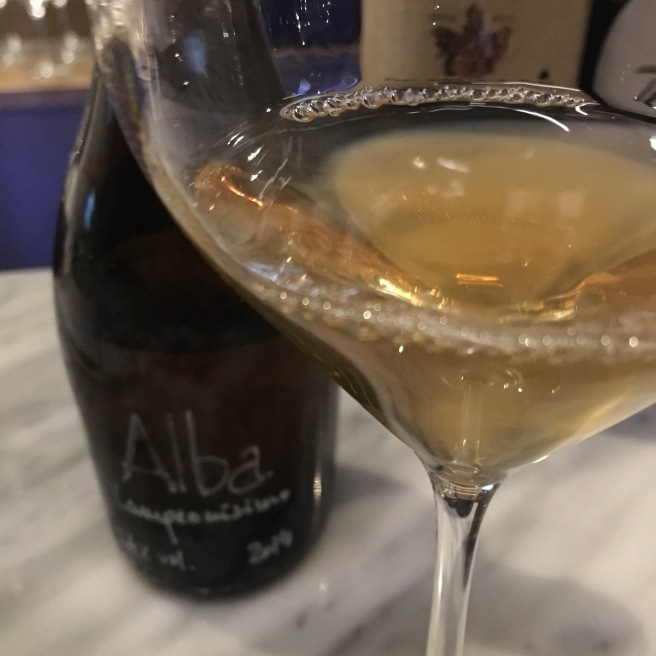 Had a cracking late supper at Angelita last night and tried a few interesting things, none more so than this. It is yet another of the many wines by Alba Viticultores (by my count it is the 11th different wine I have tried). It is a 100% listán sanluqueño (palomino fino) from a vine called “Campeonisimo” or “superchampion” in Pago Miraflores. This is the 2014, which spent 10 months in tinaja – apparently four of them under flor – and is 12.4% with no sulfites etc.

It is dark in colour for an unfortified palomino, looks for all the world like a manzanilla pasada. On the nose it had a sharp edge and pungency. On the palate it had relatively good acidity and while it wasn’t full bodied as such it was tasty  – ripe apples and savoury, herbal touches – and with a nice sizzling chalk effect at the tail end of it.