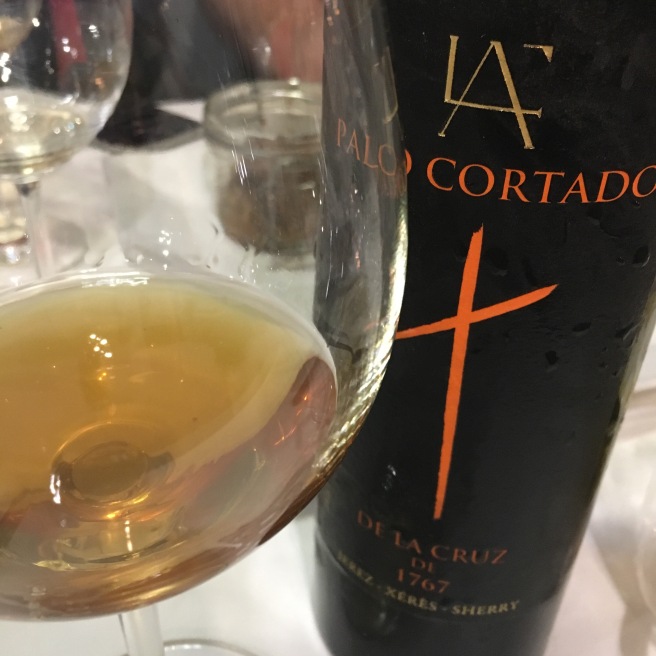 I have never had a bottle of this to myself or really had time to study it but having encountered it twice before (at the Feria de vinos and the Salon de los Vinos Generosos) last night it was brought to a cracking dinner in La Piperna. Third time lucky I thought and I even took a couple of notes. It is a relatively new release and the only wine, as far as I know, from Bodegas Arfe, an old old building (the 1767) but under the brand new management of the former enologo of Garveys, Luis Arroyo. I think they literally released their first wines this year.

As you can see it is a brown-yellow amber colour and at least this bottle last night wasn’t entirely crystalline – just slightly cloudy. On the nose it has nuts and sawdust, and the spicey, gingery and tobacco aromas I associate with old barrels. More a bundle of aromas than a strong, punchy nose.

A very similar story on the palate. It is not over concentrated or astringent and by no means overpowering – almost light, and maybe a bit lacking in body. Has a nice caramel and nuts at the beginning, buzzy salinity and acidity and spicey, gingery flavours, with sawdust and tobacco flavours on the finish but overall gives the impression of a new wine in an old barrel.

A nice, distinctive wine but lacking in power and uniformity.