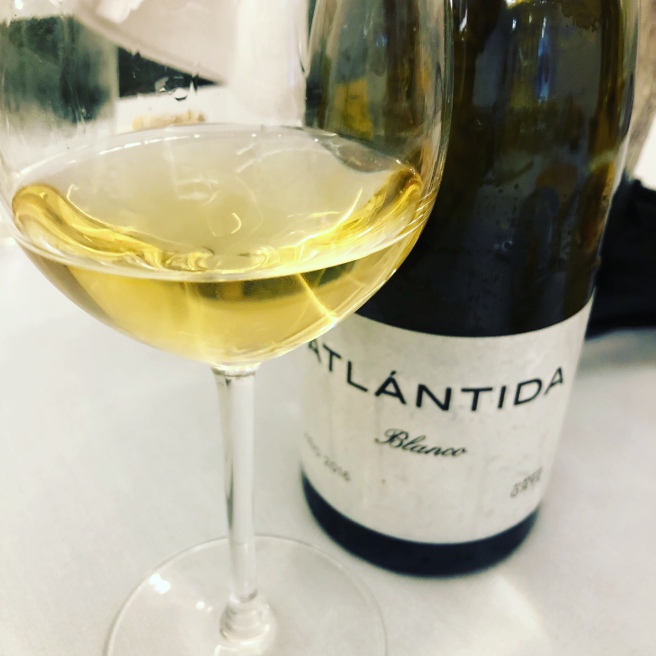 Your correspondent had this for the first time a while ago now (a year?) at a cracking lunch in Zalamero Taberna and another fun lunch with the same person inspired me to have a second dip.

It is a wine by Compañias de Vino del Atlantico, your man Alberto Orte, who has by now built up a bit of an empire spanning the Spanish peninsula but is beloved of this parish for his wines in the region of Jerez.

He has a nice little tintilla that goes by the name of vara y pulgar – a nice reference to pruning for the gardener’s world crowd – and some really top class finos and upwards, but this is a Vijariego blanco.

Yes indeed, one of your good old Vijariegos – one of the 119 varieties around in Jerez pre-phyloxera and apparently resuscitated to good effect here. It has had 12 months or more in oak and it is a bomb of flavour alright – the extra year in the bottle has brought it on even more compared to my first meeting with it.

They compared it to white burgundy and it has that feel of a broad on the beam chardonnay but with more sharp edges to it – real devil in there, almost as if it was one of these volcanic Canary wines. And of course none of the lime cordial of a chardonnay – here you have an altogether more grapefruity undertow.

Full flavour and full on. Would be fascinating to see how this develops over the years.