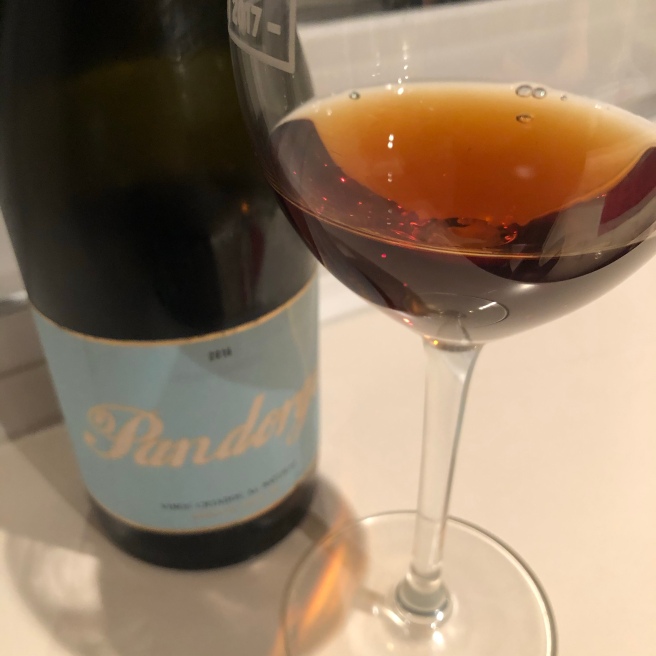 Apricots on the nose, bright acidity and a palate of pure apricot jam with a rich, sugary finish.

Pandorga, by Cota 45, is a single vineyard, vintage 100% pedro ximenez from Jerez that is unlike most pedro ximenez you may have tasted. Young and fresh, the grapes have had some sun-drying but not to the point of becoming raisins and the resulting wine is more opulent in fruit on the one hand and (slightly) less loaded with sugar on the other.

And like many of the wines from Cota 45 there is some fascinating wine making going on beneath the surface. Whereas many pedro ximenez wines are made in a way that minimizes the difference between vintages (more sun-drying in cooler vintages, less in warm ones), this wine is prepared in a “procyclical” way. As such, the relatively cool 2014 was given less sub drying, the much warmer 2015 much more, and this something in between. As a result you get three very different wines: just as an indication the 2014 had 12 degrees of alcohol, the 2015 had so little -5% – it couldn’t legally be called a wine, and this one has 11,5%.

Wines that express the varietal and shout out the vintage. And superb wines too!