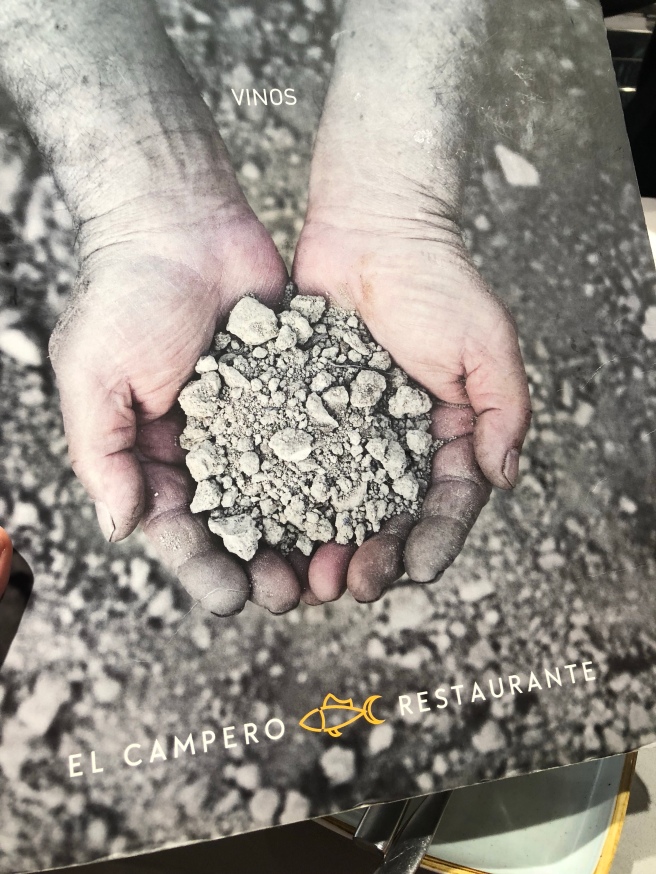 Had a fantastic meal at El Campero, Spain’s most famous temple to tuna in Barbate, along the Cadiz coast to the South. Had no reservation, just rocked up to the bar (and waited an hour and change) and kept it simple – some cracking toasts, carpaccio and tartare to start and then a few different grilled cuts (heart, tarantello, parpatana, and ventresca) but it was all top class stuff. No time today for them to explain the terroir of the sea – they were absolutely mobbed – but the service was quick and efficient and I enjoyed it.

Couldn’t resist a glance at the wine list and as you would expect, it wasn’t bad at all. Eight finos (including Tradicion, Tio Pepe, Arroyuelo, Cruz Vieja, and even the Barajuela), five manzanillas, four amontillados, five palo cortados, six olorosos and three creams. 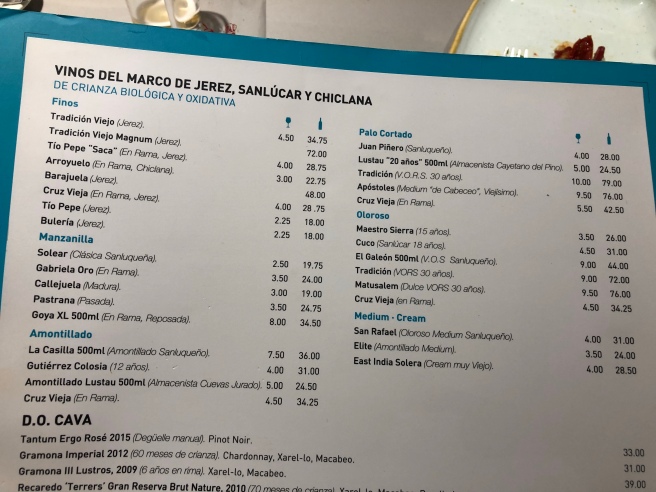 On top of all that they also had some top class unfortified wines from around the region: everything from Viña Matalian and its brother Socaire, through the Marismilla Rosee to Garum, Sumaroca and Tintilla.

Absolutely top bombing – a winelist like this takes the stress out of waiting for a table alright.