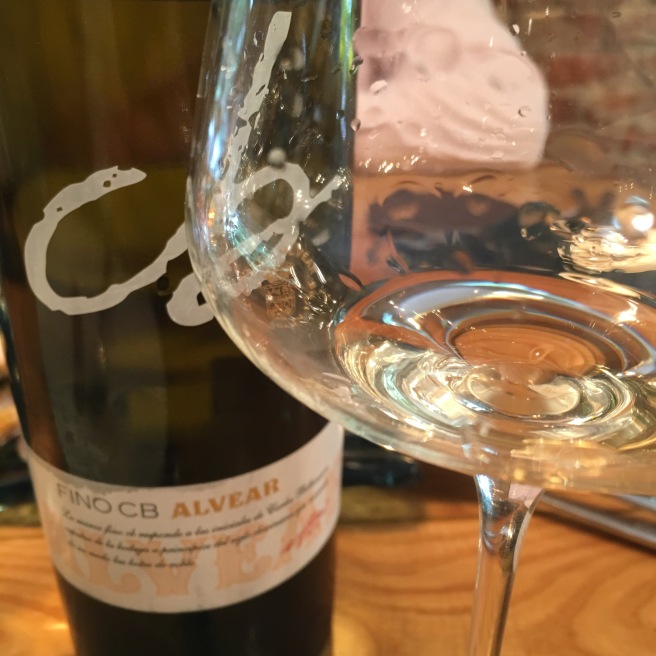 The second wine from my epic lunch with Alvear last week was the Fino CB, a six year old fino, once again from 100% pedro ximenez, and from wine that did not require fortification. Am realizing that it is a house that venerates its former capatazes and here is another example: it is apparently named after Capataz Villanueva (in the, erm, old Spanish, Billanueva).

As you can just about see it was a pale straw colour with just a hint of green. A punchy nose with a touch of yeasty bread about it. Was interesting to try it after the Marques de la Sierra, because whereas that wine was leafy and had notes of fennel and anise this one takes it up a notch and has that liquorice root flavour I associate with pedro ximenez finos. Has a slightly richer texture to it. If the Marques was silky this has a bit more velvety, oily body – and a warm, savoury palate and a nicely integrated salinity that is more sapid than saline.

An underrated and enjoyable fino with its own character. Good old Captain Villanueva!